Developing an App for iOS, Android and Windows Phone - a Comparative Study

The Negative Impact Of iOS On Android

Baby Steps on Android with Xamarin

If you haven’t encountered them (where’ve you been?) then Xamarin are a Microsoft/Visual Studio partner and they have “Xamarin for Visual Studio” which provides a means via which you can write C# code for apps built for iOS and Android. Naturally, you can already write C# code to build apps for Windows/Phone.

An Introduction to Android Transitions

The Android transitions framework allows you to configure the appearance of changes in your app's user interface.

Material design is a comprehensive approach to visual, interaction and motion design for the multi-screen world. Android 5.0 Lollipop and the updated support libraries help you to create material UIs. Here’s a rundown of some of the major elements of material design and the APIs and widgets that you can use to implement them in your app.

How To Localize an Android Application

Localization is more than just the translation of the strings in your application in other languages. It also involves displaying data, such as dates and times, in the right format for your users.

If you do a web search for “encrypting Strings in Android”, you’ll find a lot of example code, and they all look pretty similar. They definitely input a String and output gibberish that looks like encrypted text, but they are often incorrect. Crypto is tricky: it’s hard to tell that the gibberish that’s being printed is not good crypto, and it’s hard to tell that the code example you picked up from Stack Overflow has serious flaws.

Asynchronous Android Programming – the Good, the Bad, and the Ugly

When writing Android code, there are many situations in where you’ll need to make network calls. There are several different ways of performing these network calls, and after reviewing them all, we’ve determined some are good, some are bad, and one in particular is just plain ugly.

I don't need your permission!

Permissions on Android are tricky to get right from a user perspective. Usually you only want to do something minor and innocuous (pre-fill a form with a contact's info) but the actual permission you have to request gives you much more power than necessary (access to ALL contact details, ever).

Introduction to the Android Graphics Pipeline

Android provides a variety of views to build the UI of your application. One example is WebView, views which can be embedded in your Activities and used to display Web pages.

React Native brings what developers are used to from React on the web — declarative self-contained UI components and fast development cycles — to the mobile platform, while retaining the speed, fidelity, and feel of native applications.

A couple of megabytes saved might not look much to owners of modern devices, but there is a vast number of older or low-end devices out there in Androidland that don’t have the luxury of free storage space.

The Android operating system enables developers to create complex applications that take advantage of background services, alarm scheduling, and data synchronization. With users downloading more apps than ever, it’s important that these mass amounts of apps don’t slow down and drain the users batteries, which is why Google introduced Doze in Android Marshmallow and expanded it’s reach in Android Nougat.

As a platform, Android devices are now multilingual “out of the box.” In theory, you can target practically any country, region, or culture in the world with your app. However, your developer conscience is already whispering to you that diving in just anyhow to make versions for every local language under the sun might not be such a bright idea. But with the right approach to app localization, the world is your oyster.

How to reduce APK size in android

So, let’s see, how we can reduce the size of an android application? Following are the things to be considered to reduce the apk size.

The Android operating system provides a strong foundation for building apps that run well on a wide range of devices and form factors.

Designed by JetBrains, the organization behind Kotlin, Anko is an open-source library that can radically change the way you create Android apps. It leverages Kotlin's syntax to offer a large collection of helper functions that help you reduce the verbosity of your code while also improving its performance. 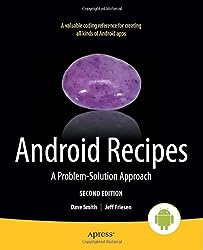 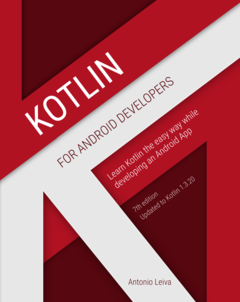