Artificial intelligence (AI) is the branch of computer science and technology that studies the development of machines able to simulate aspects of human intelligence. This tag may also refer to the part of a computer game application that controls the behavior of the virtual characters with which the player may interact during the game.

In a way, AI is both closer and farther off than we imagine. AI is closer to being able to do more powerful things than most people expect -- driving cars, curing diseases, discovering planets, understanding media. Those will each have a great impact on the world, but we're still figuring out what real intelligence is.

Twenty years ago, a marginalized Yann LeCun couldn't get his ideas heard. Now he's running the Facebook team working to create machines that think like you.

The UX of AI

There’s a dirty little secret about artificial intelligence: It’s powered by hundreds of thousands of real people. From makeup artists in Venezuela to women in conservative parts of India, people around the world are doing the digital equivalent of needlework —drawing boxes around cars in street photos, tagging images, and transcribing snatches of speech that computers can’t quite make out.

The Hilarious (and Terrifying?) Ways Algorithms Have Outsmarted Their Creators

A paper recently published to ArXiv highlights just a handful of incredible and slightly terrifying ways that algorithms think. These AI were designed to reflect evolution by simulating generations while other competing algorithms conquered problems posed by their human masters with strange, uncanny, and brilliant solutions.

The rise of 'pseudo-AI': how tech firms quietly use humans to do bots' work

It’s hard to build a service powered by artificial intelligence. So hard, in fact, that some startups have worked out it’s cheaper and easier to get humans to behave like robots than it is to get machines to behave like humans.

The Real Problems with Artificial Intelligence

In recent years many prominent people have expressed worries about artificial intelligence (AI). Elon Musk thinks it’s the “biggest existential threat.” Stephen Hawking said it could “be the worst event in the history of our civilization.” Steve Wozniak believes that AIs will “get rid of the slow humans to run companies more efficiently,” and Bill Gates, too, put himself in “the camp that is concerned about super intelligence.” . These worries neglect the more immediate problems that AI will bring. 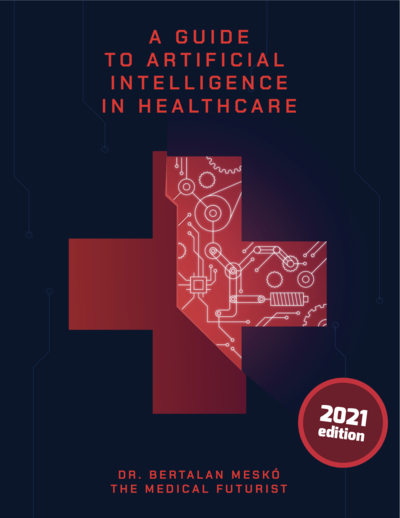 A Guide to Artificial Intelligence in Healthcare

What Are Conversational Bots?