GitHub is a web-based hosting service for software development projects that use Git for version control.

How to Write a Readme Worth Reading

Readmes are the backbone of a project’s documentation. They’re a visitor’s first impression. How do you make them good? Pretty easily.

How We Work On Queries At GitHub

With a platform that serves millions of people every day, we have a number of services that need to query MySQL. GitHub.com is a large Rails application with a lot of queries generated though ActiveRecord.

GitHub is the largest single point or hub of open source and worldwide development. It uses a source code versioning system called Git, which is very powerful and lends itself well to open source communities.

A few weeks ago, researchers announced SHAttered, the first collision of the SHA-1 hash function. Starting today, all SHA-1 computations on GitHub.com will detect and reject any Git content that shows evidence of being part of a collision attack. This ensures that GitHub cannot be used as a platform for performing collision attacks against our users.

How to GitHub: Fork, Branch, Track, Squash and Pull Request

This guide will teach you how to properly contribute to open source projects on GitHub. It assumes that you already know about how to use Git for version control and that you already have a GitHub account.

Creating a Github Webhook with ASP.NET Core and AWS Lambda

Amazon recently announced support for .NET Core 2.0 on AWS Lambda. In this blog post, I will look at how we can use ASP.NET Core 2.0 to create a GitHub webhook using AWS Lambda and AWS API Gateway.

Upgrading Rails on an application as large and as trafficked as GitHub is no small task. It takes careful planning, good organization, and patience. The upgrade started out as kind of a hobby; engineers would work on it when they had free time. There was no dedicated team. As we made progress and gained traction it became not only something we hoped we could do, but a priority.

Last week, GitHub experienced an incident that resulted in degraded service for 24 hours and 11 minutes. While portions of our platform were not affected by this incident, multiple internal systems were affected which resulted in our displaying of information that was out of date and inconsistent.

GitHub is built with some extremely helpful shortcuts and productivity-boosting features. From personal experience, however, it’s clear that these often fall under the radar amongst developers. If I’ve ever witnessed a specific GitHub feature surprise or assist someone, then that feature is on this page. That said, what follows is by no means an exhaustive list.

For a little under a decade Git and SVN competed for market share in a fashion reminiscent of browser wars. As recently as 2010, there are forum discussions that perhaps Git and SVN were not competitive — that the two were best in class products of two different breeds (distributed and centralized version control), and that companies would likely support both. It’s clear that Git won hearts and minds. But why? 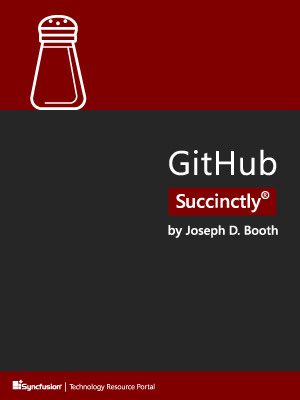