What I Learned At Yammer

UX, Then Architecture, Then Tools

How to Bootstrap Your Business and Turn Ideas Into Action

Ten IT-enabled business trends for the decade ahead

A Guide To Validating Product Ideas With Quick And Simple Experiments

Your next project needs a white-hat jerk

If you want to make it next-level, create a Jerk as a user persona, create some stories for them, and work out if your system is ready for them. You’ll get push-back, but it’s worth it. Nobody wants to be the next Stamped.

Investing In Games: Broad Or Deep?

Suppose two studios approach you. Studio A has a strategy centered around making a big play on one game. It plans to take your investment and use it to make that game as best it can and find success. Studio B has a different idea. It plans to make many small games, build a platform and ecosystem between them and see which works. Then to accelerate what works to success. Studio A’s model is a deep bet on a single property. Studio B’s model is a broad bet across the market. Which should you choose?

Rarely are v.1 products very good. How is it, then, that some products thrive despite flagrant shortcomings?

We spend crazy amounts of time creating personas and charting down user flows. We nail the product to its core and define different usage patterns and provide solutions to the various complexities involved. Often times we know that the one’s who use our products have different preferences, and so we go ahead and give users the ability to configure the product to their usage. This article will give you some guidelines in creating a good settings/preferences for your product.

Things to Know When Making a Web Application in 2015

This checklist isn't in any way exhaustive, and if you're an experienced developer I doubt there's anything here that'll surprise you, but I hope it'll prove helpful to those whom might otherwise have missed something.

Good Problems to Have

The Obvious, the Easy, and the Possible

Much of the tension in product development and interface design comes from trying to balance the obvious, the easy, and the possible. Figuring out which things go in which bucket is critical to fully understanding how to make something useful.

Replacing The User Story With The Job Story

Summed up, the problem with user stories is that it’s too many assumptions and doesn’t acknowledge causality. When a task is put in the format of a user story ( As a [type of user], I want [some action], so that [outcome] ) there’s no room to ask ‘why’ — you’re essentially locked into a particular sequence with no context.

Imagining your future projects is holding you back

Idea Debt is when you spend too much time picturing what a project is going to be like, too much time thinking about how awesome it will be to have this thing done and in the world, too much time imagining how cool you will look, how in demand you’ll be, how much money you’ll make. And way too little time actually making the thing.

The best products are built by teams with great communication bridges between designers and engineers. Whether you’re one or the other, at the end of the day… we’re all shipping software. When a design system is invited to the party, communication is even better.

You Aren’t Gonna Need to Design It

You might be familiar with YAGNI as a programming-specific concept, but I think it’s just as applicable—if not more so!—on the design side.

Being tired isn’t a badge of honor

Sustained exhaustion is not a rite of passage. It’s a mark of stupidity. Literally. Scientists have suggested that scores on IQ tests decline on each successive day you sleep less than you naturally would. It doesn’t take long before the difference is telling.

Building a brand online is a different task to traditional brand building. Of course it won’t hurt to combine the offline and online marketing techniques, and indeed for best results, you should do that. Too many times clients think that all they need to do is have a website made for them and then they can sit back and count the money as millions of visitors arrive at their site.

A Front End Developer is Aware

Because the front end developer is this central hub position and dealing with lots of different people doing lots of different jobs, the job can be done better if they are aware. Aware of everything else that makes a website tick.

Your App Has One Feature

What is the one thing that, when removed from your product, makes it fall apart?

The hardest parts of the Web are the invisible parts.

A common mistake some teams make is to ignore the overall impact of what they do on the end users' experience. This is more common when the team is working on backend services with no direct interface with the end user.

Silicon Valley Would Rather Cure Death Than Make Life Worth Living

After disrupting the way we love, communicate, travel, work, and even eat, technologists believe they can solve the ultimate problem.

How Booking.com manipulates you

Many websites and applications these days are designed to trick you into doing things that their creators want.

In the late 1970s, Pepsi was running behind Coca-Cola in the competition to be the leading cola. But then Pepsi discovered that in blind taste tests, people actually preferred the sweeter taste of Pepsi. To spread the word, Pepsi ran a famous advertising campaign, called the Pepsi Challenge, which showed people tasting the two brands of cola while not knowing which was which. They chose Pepsi every time.

How to take 7 years to ship a beta

So how can you take 7 years to make your game? Here are some important tips and tricks for taking your sweet time.

11 Ways to Kill Your App in the App Stores

I really hope these guidelines help you in reaching your goal of killing your App in the App Stores. If you follow my advice here I am pretty sure you will eventually succeed.

A Kernel Of Failure

How IBM bet big on the microkernel being the next big thing in operating systems back in the ’90s—and spent billions with little to show for it. 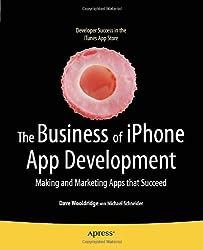 The Business of iPhone App Development 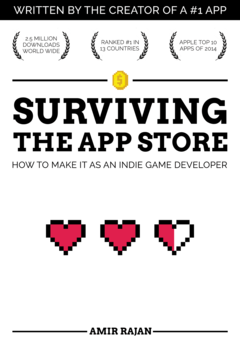 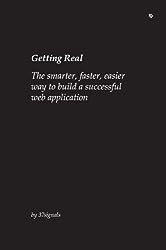