React (also known as React.js or ReactJS) is a JavaScript library for building user interfaces. It uses a declarative, component-based paradigm and aims to be both efficient and flexible.

A board game is essentially a way to manage state information about the game being played, and that is easily modeled with React.

Learning React.js: Getting Started and Concepts

React is a UI library developed at Facebook to facilitate the creation of interactive, stateful & reusable UI components. It is used at Facebook in production, and Instagram.com is written entirely in React.

This article will give you a quick overview of how to build user interfaces in React JS. There's just enough to get yourself started and nothing more.

Facebook just taught us all how to build websites

React.js is a JavaScript library for creating user interfaces by Facebook and Instagram. In this post, We will create a Hello World application and see how React.JS can be used with ASP.NET MVC 5.

Why We Are Converting to React

If you’ve heard anything about React, it’s probably that it has a “virtual DOM” that makes its HTML fast using an efficient tree diff algorithm. If you’re like me, the first time you heard that you may have dismissed it. My HTML isn’t slow.

Introduction to the React JavaScript Library

React is a JavaScript library created by a collaboration of Facebook and Instagram. Its aim is to allow developers to create fast user interfaces easily. React makes no assumptions about the rest of the technology stack used, thus it’s easy to try it out on a small feature in an existing project.

For People Who Know Just Enough jQuery To Get By

Is ReactJS Bad? No. There are many benefits to choosing ReactJS for your next project. "Speed" should not be one of them.

Let’s say we’re not writing a program for the web, but rather for a resource-strapped graphical computing environment. Maybe one of those embedded microcontrollers that are so popular these days, something even less powerful than a Raspberry Pi. How would we design such a framework?

Using CSS to style our React content is actually as straightforward as you can imagine it to be. Because React ends up spitting out regular HTML tags, all of the various CSS tricks you've learned over the years to style HTML still apply. There are just a few minor things to keep in mind.

9 things every React.js beginner should know

Hopefully this will give you a bit of a head-start on React, and help you avoid some of the more common mistakes.

If you're new to React.js, there's no better place to learn React.js and the React ecosystem than with this React.js fundamentals course.

Getting Started With React

The React framework is a powerful part of that Model-View-Controller trinity, because it focuses purely on the View alone. React is written in JavaScript and created by the Facebook and Instagram development teams.

How to Use React with Visual Studio and ASP.NET Web API

In order to demonstrate how to combine the power of React, ASP.NET Web API, and Pusher, we’ll be building a realtime chat application.

When Does a Project Need React?

It used to be fairly clear when we reached for libraries. We reached for jQuery to help us simplify working with the DOM, Ajax, and handle cross-browser issues with JavaScript. We reached for underscore to give us helper functions that the JavaScript alone didn't have. As the need for these libraries fades, and we see a massive rise in new frameworks, I'd argue it's not as clear when to reach for them. At what point do we need React?

Build a Mini Netflix with React in 10 Minutes

Engineering and Product managers want to beat deadlines for projects daily. CEOs want to roll out new products as fast as possible. Entrepreneurs need their MVPs like yesterday. With this in mind, what should developers do? In this tutorial, we’ll quickly build out a Mini Netflix in 10 minutes. In fact, I think we might build it less time.

Getting Started With Redux: Why Redux?

When you're learning React, you will almost always hear people say how great Redux is and that you should give it a try. The React ecosystem is growing at a swift pace, and there are so many libraries that you can hook up with React, such as flow, redux, middlewares, mobx, etc. Learning React is easy, but getting used to the entire React ecosystem takes time. This tutorial is an introduction to one of the integral components of the React ecosystem - Redux.

A collection of thoughts, opinions, and advice for defining component APIs that are meant to be more flexible, composable, and easier to understand. None of these are hard-and-fast rules, but they’ve helped guide the way I think about organizing and creating components.

I created the exact same app in React and Vue. Here are the differences.

I decided to try and build a fairly standard To Do App that allows a user to add and delete items from the list. Both apps were built using the default CLIs (create-react-app for React, and vue-cli for Vue). CLI stands for Command Line Interface by the way. 🤓

Profiling your React components may be the most important thing you can do to improve performance. Learn how to do this using the browser's User Timing API.

GraphQL in React with Apollo

React and GraphQL are a match made in heaven. GraphQL on its own is a blessing if you’ve ever had to make multiple requests to a RESTful API just to piece together all the data needed for an interface, but when combined with Apollo + React, it makes building interfaces very enjoyable. 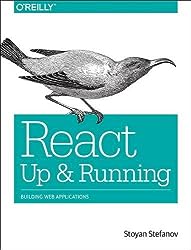 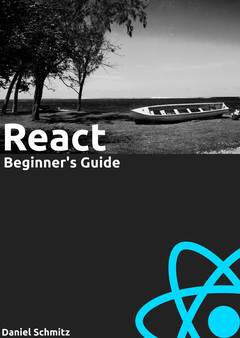 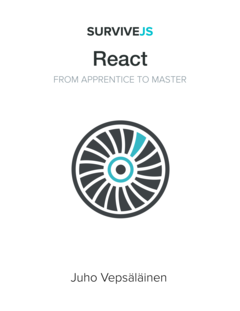 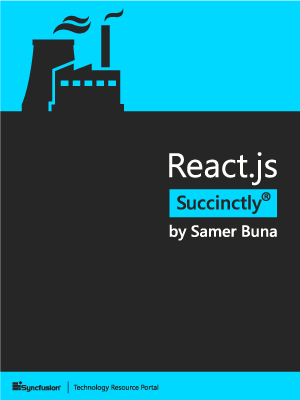 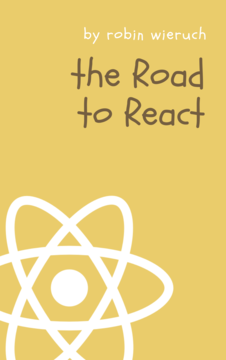 The Road to learn React