A small rant about software reliability

Getting started with Redis on Windows

An open source, BSD licensed, advanced key-value store. It is often referred to as a data structure server since keys can contain strings, hashes, lists, sets and sorted sets.

Redis drives Timeline, Twitter’s most important service. Timeline is an index of tweets indexed by an id. Chaining tweets together in a list produces the Home Timeline. The User Timeline, which consists of tweets the user has tweeted, is just another list.

Want to bring more performance, speed, and scalability to your website? Or scale your sites for real-time services or message passing? Learn how, and get practical real-world tips in this exploration of Redis, part of a series on choosing the right data storage.

A few things about Redis security

99.99% of the Redis use cases are inside a sandboxed environment. Security is complex. Adding security features adds complexity. Complexity for 0.01% of use cases is not great, but it is a matter of design philosophy, so you may disagree of course.

How to do distributed locking

The purpose of a lock is to ensure that among several nodes that might try to do the same piece of work, only one actually does it (at least only one at a time). That work might be to write some data to a shared storage system, to perform some computation, to call some external API, or suchlike.

This is part one of a four part series on using Redis with Node.js.

Redis is a powerful in-memory data structure store which has many uses including a database, a cache, and a message broker. Most people often think of it a simple key-value store, but it has so much more power. 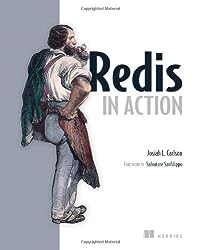