Ruby on Rails is an open source full-stack web application framework written in Ruby. It follows the popular MVC framework model and is known for its "convention over configuration" approach to application development.

How We Work On Queries At GitHub

With a platform that serves millions of people every day, we have a number of services that need to query MySQL. GitHub.com is a large Rails application with a lot of queries generated though ActiveRecord.

7 must have Development Gems to install on every project

Have you wasted a few hours debugging some condition only to find a query or function something was returning nil? Spent time optimizing queries only to forget to do eager loading? Scrolled through your development log past 100s of lines for requests for images, css and javascript that you don’t really need to refer? We have all been there and these 7 gems solve exactly these problems.

Search engine optimization (SEO) is the process of optimization of a website, which main purpose is to make it more visible among results from search engines (such as Google). There are tons of practices, tricks and tips that can be applied to improve a website in terms of SEO. Lets start with some basics.

Building a JSON API with Rails 5

Rails is great for making traditional server-rendered web applications. It has support for cookies, sessions, and other browser-specific functionality right out of the box. It’s also great for building JSON APIs, but why include a whole bunch of functionality that we aren’t going to use if what we want is to simply build a JSON API?

Elastic Search with Ruby on Rails

Elastic Search (ES) is a powerful Full Text Search Engine based on Apache Lucene . A key characteristic of Elastic Search is that it’s distributed at it's core, meaning that you can easily scale it horizontally for the purpose of redundancy or performance.

Running Ruby on Rails on Windows has historically sucked. Most of the Ruby/Rails folks are Mac and Linux users and haven't focused on getting Rails to be usable for daily development on Windows. There have been some heroic efforts by a number of volunteers to get Rails working with projects like RailsInstaller, but native modules and dependencies almost always cause problems. Even more, when you go to deploy your Rails app you're likely using a Linux host so you may run into differences between operating systems.

The SPA path is dark and full of terrors. You can bravely fight those… or choose a different path that takes you to a similar destination: modern Rails.

Upgrading Rails on an application as large and as trafficked as GitHub is no small task. It takes careful planning, good organization, and patience. The upgrade started out as kind of a hobby; engineers would work on it when they had free time. There was no dedicated team. As we made progress and gained traction it became not only something we hoped we could do, but a priority. 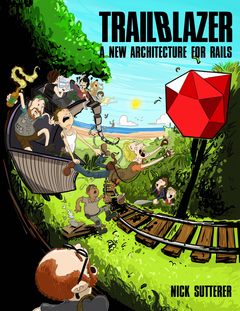 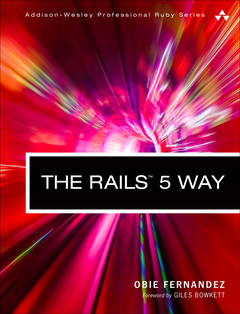